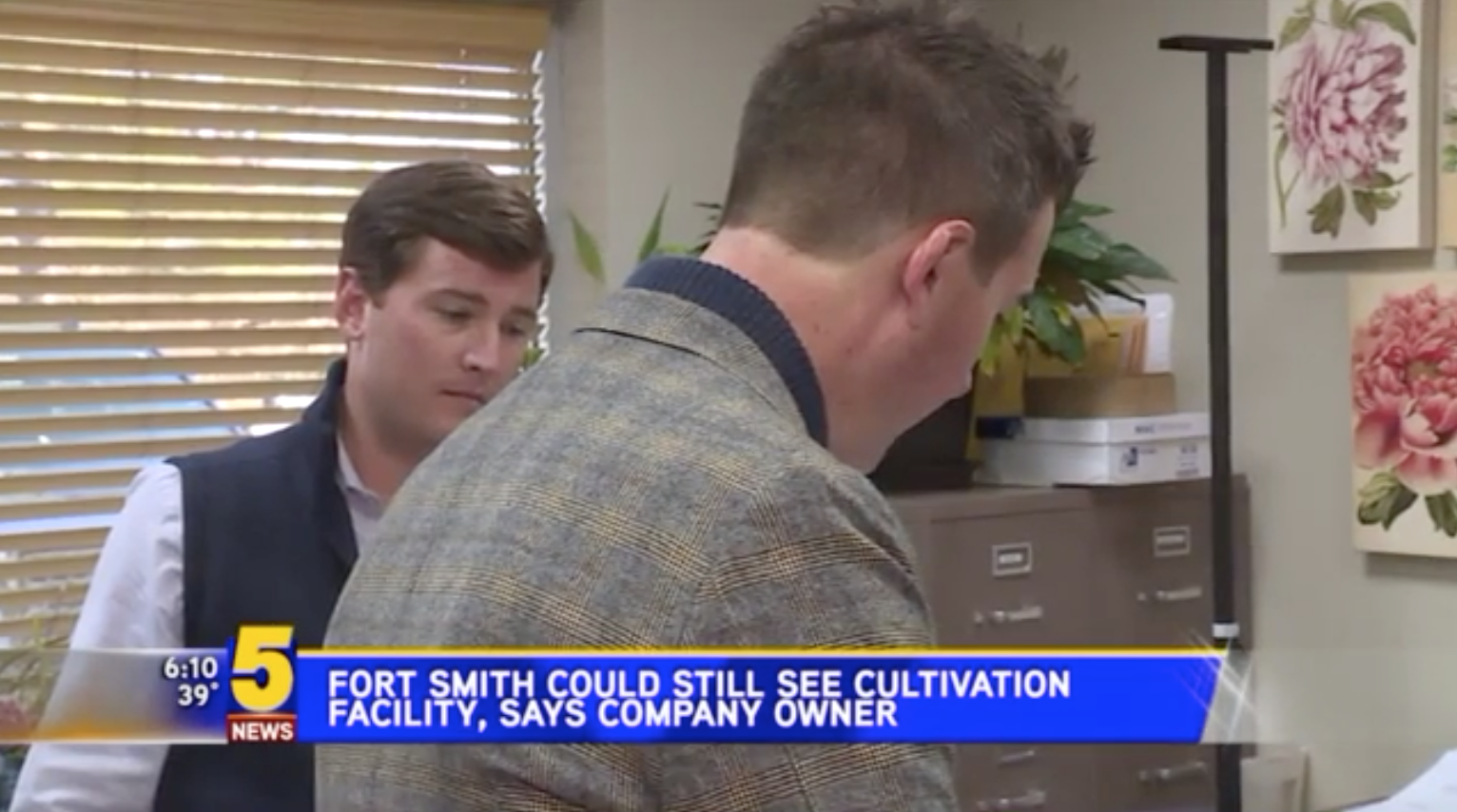 FORT SMITH (KFSM) — Storm Nolan, a local proponent of medical marijuana in Arkansas, says there’s still a chance for Fort Smith to receive a cultivation facility even after his company’s permit was denied.

Nolan’s company, River Valley Relief, sent two protest letters to the Arkansas Medical Marijuana Commission after an application for a permit was denied. He and other unsuccessful applicants allege that the five companies approved for permits lied about their credentials and stole information from competitors.

If Fort Smith will actually have a cultivation facility depends on the results of the investigation into those companies.

“I run into people every week that talk about, you know, I’ve got cancer, or I’m living through chronic migraines. A lot of people would much rather have, or treat their ailments, with cannabis than having a doctor prescribe prescription opiates, and trying to use opiates to manage chronic pain, which is not what they were intended for,” Nolan told 5NEWS.

Currently, 19 applicants are on route to be considered for the dispensaries in Arkansas. The Medical Marijuana Commission should have the scoring of those applications done between December 7th and 14th, and will likely choose where the dispensaries will go on the 19, according to a meeting held by the commission in November.

Nolan and his brother, Kane Whitt, applied for a dispensary license in South Fort Smith, just off Zero Street and Old Greenwood Road.

It has been two years since medical marijuana was passed by voters in Arkansas. The long process has become a financial strain for some of the applicants.

Oklahoma voters approved the issue in 2018, and already have dispensaries open in the state. Arkansas residents will not be able to get medical marijuana from Oklahoma, without being a registered patient in the state. Arkansas law will allow Oklahoma citizens to get medical marijuana in the Natural State, so long as they have a certified condition meeting the requirements by Arkansas law.