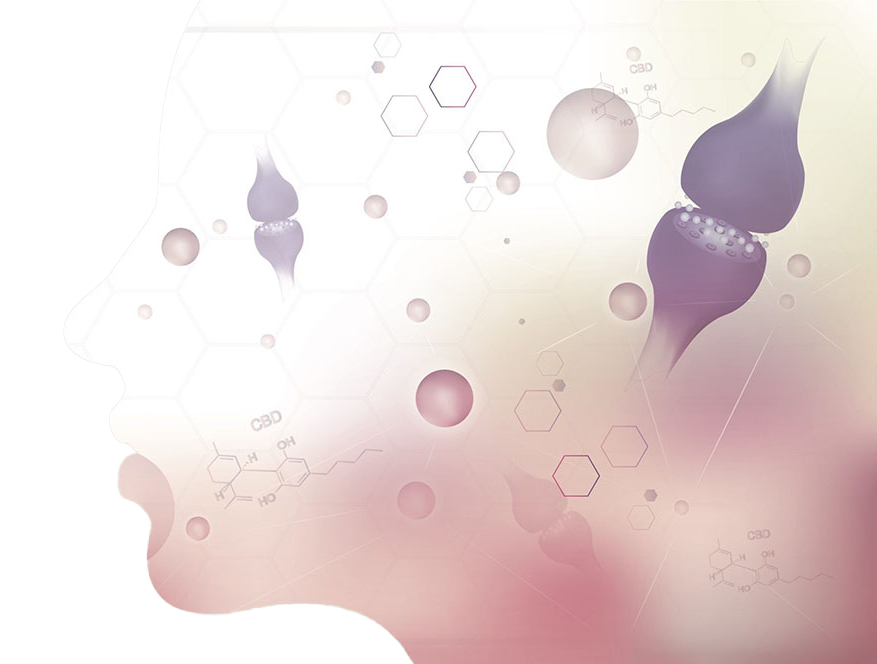 Many people find themselves depressed, anxious, in pain, and all-around fatigued, unable to find the root cause of these ailments. Doctors might even categorize these symptoms as psychosomatic, or all in your head after chemical-based pharmaceuticals fail.

But maybe, it’s because there is limited knowledge on the body’s arguably most essential system – the endocannabinoid system, which researchers only just discovered in the 1990s while exploring cannabis.

Did you know that our endocannabinoid systems control nearly all of our everyday functions? If you’re suffering from discomforts like migraine, fibromyalgia, or irritable bowel syndrome, endocannabinoid deficiency syndrome might be the origin.

Can cannabinoids found in marijuana help treat this syndrome? Have the therapeutic benefits of cannabis in treatment-resistant conditions finally been explained?

What is the Endocannabinoid System?

Let’s briefly go over what the endocannabinoid system is. The ECS is a vast cell-signaling system that regulates our bodies throughout the day, controlling the majority of our functions.

Its functions include, but aren’t limited to:

Endocannabinoids are naturally present in various organs and tissues, such as the muscle and brain. They become active when they bind with a cannabinoid receptor, either CB1 or CB2.

The ECS performs different tasks in different areas of the body, but it is always striving for homeostasis – the maintaining of internal stability while adjusting to changing external conditions.

What is Endocannabinoid Deficiency Syndrome?

Clinical endocannabinoid deficiency has been proposed as the cause of a multitude of discomforts, but for now, is just a medical theory. This theory states that each human has an underlying endocannabinoid tone.

Clinical endocannabinoid deficiency occurs when one’s endocannabinoid tone becomes deficient, giving it the ability to cause disorders that decrease bodily functions. This can be caused by conditions you’re born with or diseases (and even injuries) you acquire throughout your life.

Are you lacking endocannabinoids or receptors? Maybe they just won’t connect with one another? Let’s go over the symptoms of endocannabinoid system deficiency.

What are the Symptoms?

When endocannabinoid function is disrupted, we experience a lower pain threshold, disrupted digestion, mood, and sleep, among many other symptoms that our ECS controls. Researchers have found that the greatest evidence for endocannabinoid deficiency syndrome is present for migraine, fibromyalgia, and irritable bowel syndrome(IBS).

All of these disorders lack easily accessible laboratory findings, display elevated levels of depression and anxiety, and have been labeled psychosomatic by many doctors.

Patients with one of these three disorders often have developed or are at risk of developing another, as they often overlap.

Although migraines, fibromyalgia, and IBS provide the most data, many other ailments could be a symptom of endocannabinoid system deficiency.

These could include but are not exclusive to:

How to Treat Endocannabinoid Deficiency

So how can you treat your ECS? Lifestyle changes like altering diet and exercise, stress reduction, and cannabinoid treatment can help.

Clinical data have found that cannabinoid treatment frequently produced decreased pain, improved sleep, and other benefits. But what does that mean? How can you treat yourself with cannabinoids?

How Do Cannabinoids Treat Endocannabinoid Deficiency?

It just makes sense that consuming more cannabinoids could help balance out your endocannabinoid systems. Cannabinoids, such as THC and CBD, bind to the body’s cannabinoid receptors, CB1 and CB2. These compounds play a direct role in the neurotransmission of many nerve cell types, protect against cell death, and more.

This shows that cannabis can treat existing conditions associated with the ECS and prevent them.

What Types of Cannabis Products to Look For

Where should you start with cannabinoid treatment? After getting your medical marijuana card look for cannabis products that are described as “full-spectrum” or “broad-spectrum.”

This means that the products boast all of the amazing compounds of cannabis – cannabinoids (THC, CBD, CBN, CBG, etc.), terpenes, flavonoids, and other compounds. Based on the entourage effect, consuming the full cannabis plant profile produces synergistic benefits in which all the compounds work together for maximum medicinal relief.

If you are not interested in experiencing psychoactive effects, be sure to look for CBD products that are full (very small amount of THC) or broad-spectrum (no THC).

So what is endocannabinoid deficiency syndrome? Since these findings are fairly new, more research needs to be conducted for definitive answers. But it is clear that the endocannabinoid system and its cannabinoid receptors play a huge role in the way our body functions throughout each day.

So, what can you do to stimulate your receptors and treat discomforts caused by endocannabinoid system deficiency? Begin your cannabis journey.

Elevate Holistics makes it quick and easy. Our secure process virtually connects you with a doctor for MMJ card approval, then we help you the rest of the way.

You deserve to feel better. Book an appointment with Elevate Holistics to get your medical marijuana card.