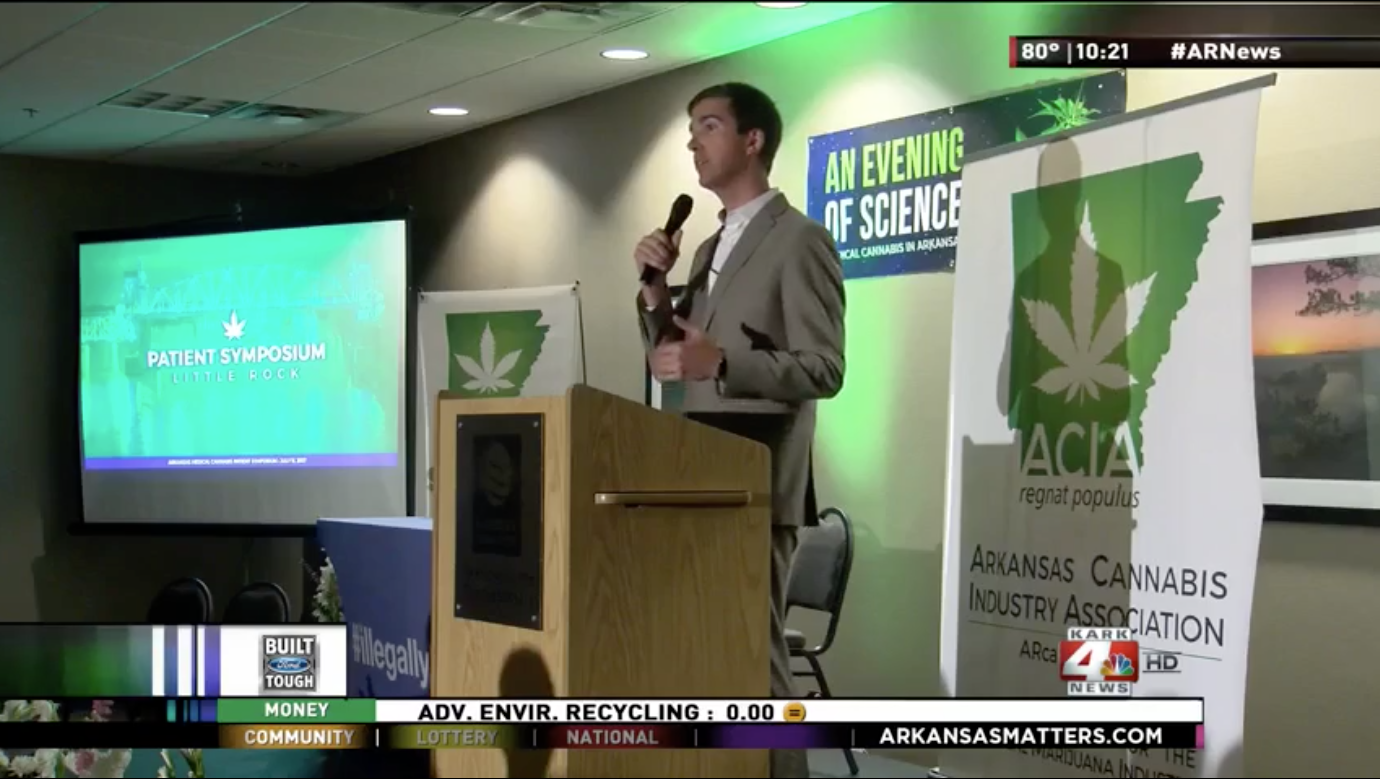 Read and watch the full story at ArkansasMatters.com.

LITTLE ROCK, Ark.- The focus Tuesday night was on the patients at a medical cannabis symposium hosted by the Arkansas Cannabis Industry Association.

“Our goal as an association is to connect patients, who are suffering with medical cannabis that will help their ailments,” says Storm Nolan, ACIA President.

The organization held the event to educate Arkansans about conditions covered, how to get certified and find a doctor.

It also brought to the stage powerful testimonials like 17 year old Coltyn Turner’s, who was diagnosed with Crohn’s disease at 11 years old.   Turner suffered even worse decline from the pharmaceuticals he was taking and faced grim options.

“Surgery to remove over a foot of intestine, another pharmaceutical that would increase my chances of cancer by 66%, or we could research ‘alternative treatments’,” says Turner.

“Cannabis has saved my life and it’s the only thing that’s done anything positive for me.”

He brought his story to the Natural State where sick people who have never had access to medical cannabis could soon find relief.

“The side effects of those pharmaceuticals, the headaches, the weight gain, the break outs, they’ve all been worse than my actual condition,” says McBroome.

So far the Arkansas Department of Health has approved 66 medical cannabis patient certifications.