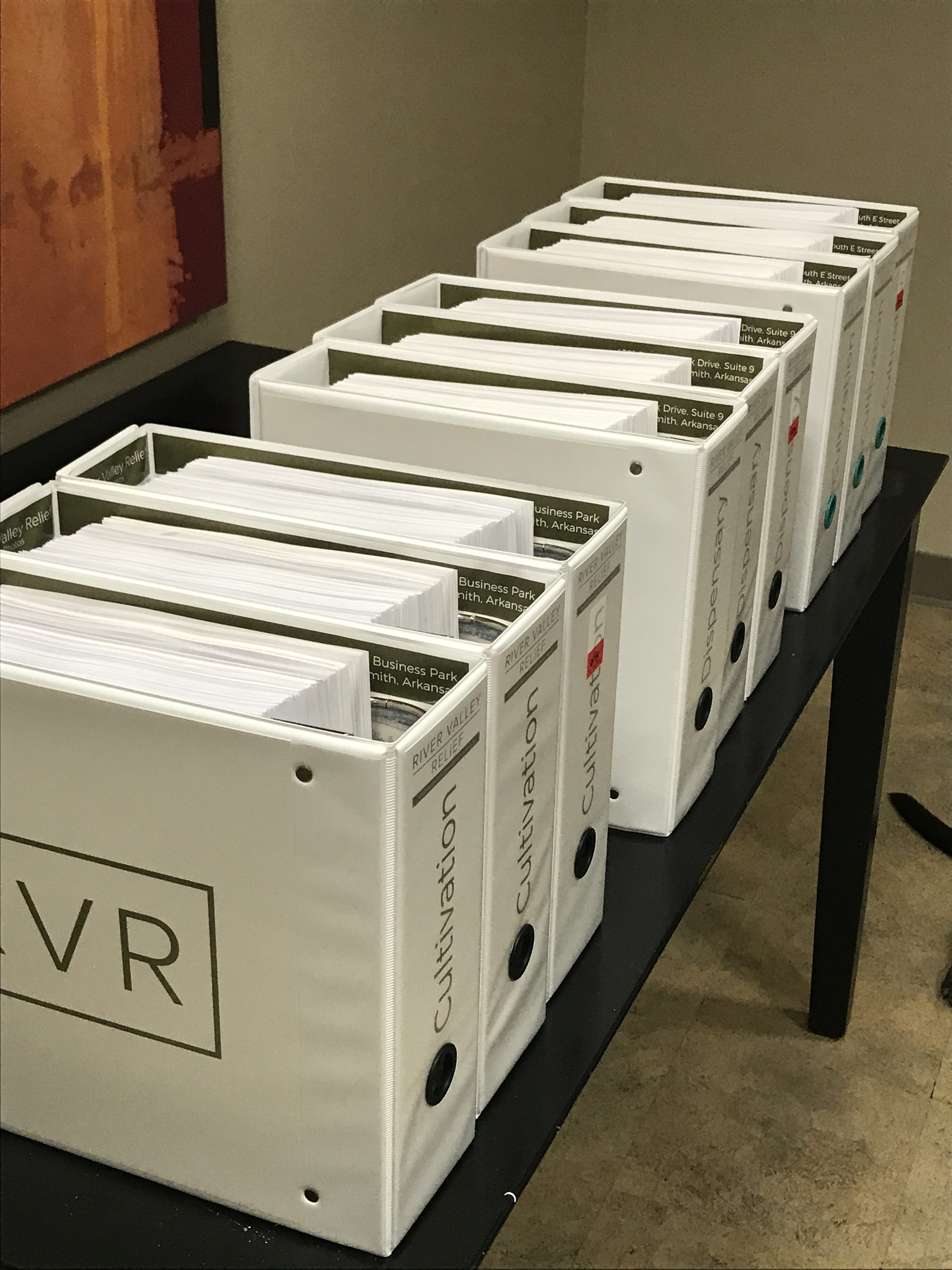 An avalanche of applications to grow or sell medical marijuana in Arkansas, and the tedious work of preparing them for final review, mean a final decision of who receives one of the state’s coveted pot business licenses won’t be made until well into next year, officials said Monday.

The Arkansas Medical Marijuana Commission, which met for the first time Monday since the Sept. 18 deadline to apply for a cultivator or dispensary license, set Dec. 15 as the date when it will start receiving applications for review, with names and other identifying information redacted to assure unbiased decisions.

But even that deadline may have to be pushed back, the commissioners conceded, and hundreds of applications will still come in on a rolling basis afterward, possibly for months.

For Arkansans who voted last November to legalize medical marijuana, there was no good approximation Monday as to when it could be available on dispensary shelves, said Department of Finance and Administration attorney Joel DiPippa, who advises the five-member commission.

In a positive sign for patients with qualifying conditions, however, the state finance department announced Monday that at least four dispensary applications had been submitted in each of the eight regions of the state that the commission had previously agreed on in order to spread the shops out.

Indeed, each region received four times the number of applications for a dispensary as the commission will ultimately award.

The southwest corner of the state received the fewest number of dispensary applications, 16, while the northeast corner received the highest, 44.

Pulaski County, the state’s most populous county, received the most dispensary applications for any single county, 26.

The commission is not planning to limit how many cultivation centers go in one area, and the majority of those applications came from the fertile Delta.

After hearing from DiPippa and Alcoholic Beverage Control Director Mary Robin Casteel about the amount of personnel — 10 — and time that was being put into “depersonalizing” each application, the commission voted to start receiving the cultivator applications first on Dec. 15.

“Our goal is not to delay at all, our goal is to meet these requirements,” DiPippa said, referring the need for the commission to score each applicant impartially, without knowing the identity of those behind it.

In addition to depersonalizing each application, staff has to go through a separate redacting process that will meet the requirements of Arkansas’ public records law, so that the applications can be released to the press and the public, DiPippa said.

It’s also taking longer than expected to have all the applicants screened through an FBI background check, DiPippa said, and some of the last-minute applications are starting to come back with technical issues, such as a smudged fingerprint.

Storm Nolan, the president of the Arkansas Cannabis Industry Association and the backer of an application for a dispensary and cultivation center in Fort Smith, said he was not surprised by the wait.

“The ladies working at the [Alcoholic Beverage Control office] are amazingly cool, calm, collected,” handling hundreds of applications, Nolan said. “Kudos to them.”