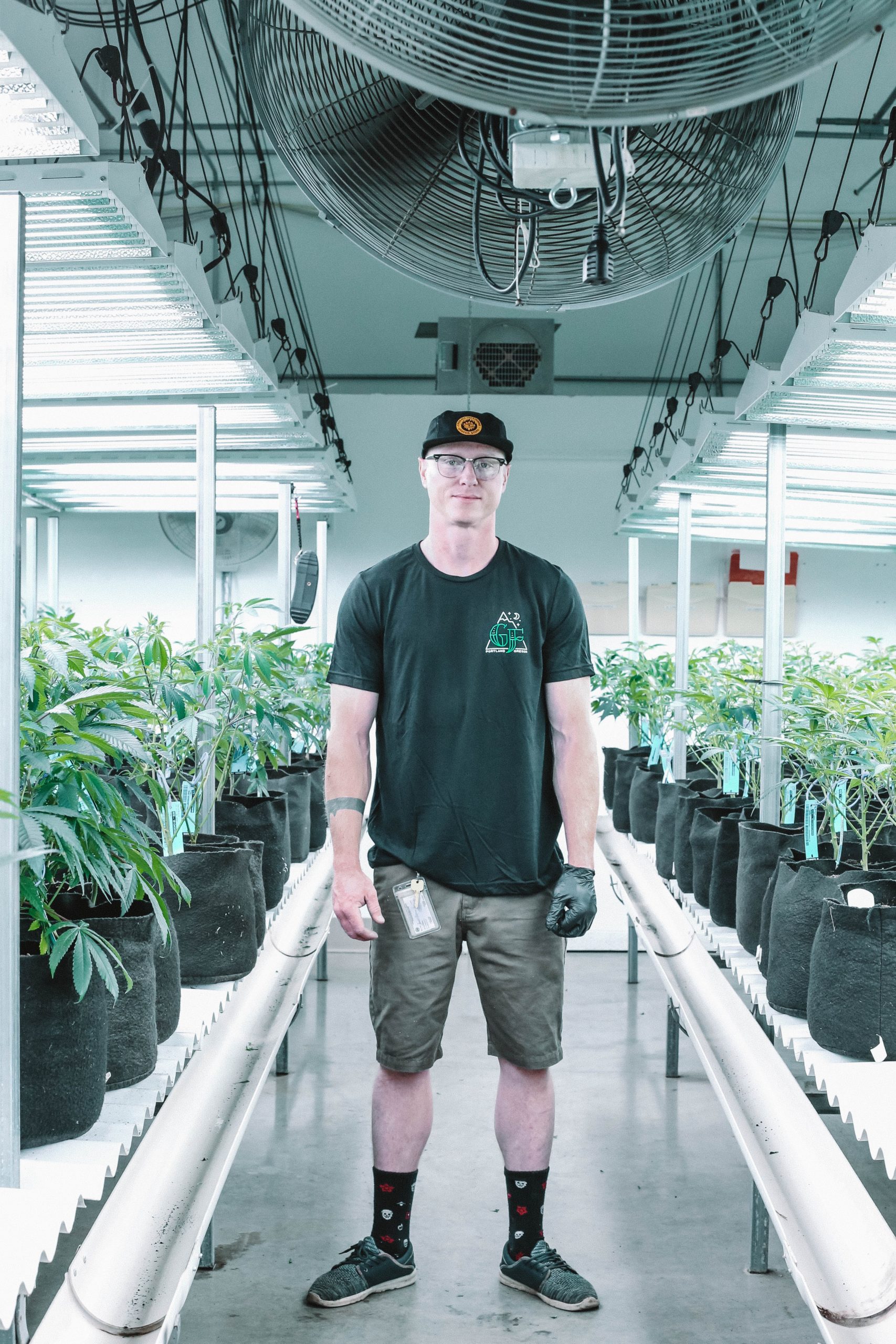 A one-man testing lab in Greenbrier is poised to add up to seven employees, spend more than $1 million on equipment and buy several vehicles to capitalize on the coming sale of medical marijuana in Arkansas.

Kyle Felling, the owner of F.A.S.T. Laboratories, is one part of a burgeoning medical marijuana industry that’s expected to create hundreds of jobs in Arkansas, according to industry experts and representatives.

“It’s for medical use. Typically, the people will be immuno-compromised in some way or they’ve got some ailment going on, so you’ve got to make sure that it’s safe for people to consume,” Felling said of the marijuana. “That’s where the laboratory comes in and my company comes in.”

In-state dispensaries and cultivation facilities are expected to provide the bulk of the jobs. However, other services, like lab testing, are essential for the medical marijuana market to function.

Storm Nolan, president of the Arkansas Cannabis Industry Association, said he expects between 500 and 600 people to be employed where marijuana is grown and sold in the near term.

“That’s not a small number, and as demand continues to ramp up, I see that number growing all the time,” Nolan said. “A lot of it hinges on how well we do educating physicians and patients.”

David Couch, the Little Rock lawyer who sponsored the Arkansas Medical Marijuana Amendment that was approved by voters in November, said he eventually expects 1,500 jobs or more in dispensaries and cultivation facilities.

“There’s inventory tracking systems. Somebody’s going to sell that, monitor that,” Couch said. “All the lights have to be sold and installed. There’s construction. It’s going to cost a couple million dollars just to build out a facility. You’re going to employ carpenters — construction people. Then you’re going to need security along with production and testing.”

The accuracy of job estimates is expected to improve with time.

The federal Bureau of Labor Statistics will begin releasing data Sept. 6 under an updated jobs classification system that details marijuana wholesalers, stores and grower employment, David Hiles, an economist with the bureau, said in an email.

State-grown medical marijuana is expected to be available in mid-2018 to Arkansas residents who have medical marijuana cards. To get a card from the Arkansas Department of Health, a doctor has to certify that a patient has a qualifying condition, like chronic pain.

However, it’s an open question whether many of the businesses will be locally owned.

While the Arkansas Medical Marijuana Commission mandated that dispensaries and cultivation facilities be majority owned by Arkansans, there’s no similar requirement for the businesses that will serve them.

James Yagielo, chief executive of Florida-based HempStaff, said many end up being from out of state.

“There are always some ancillary businesses,” he said. “A lot of them — like us — are national, but you do get some that pop up.”

Nolan said he expects more ancillary businesses to enter the market as the Arkansas Medical Marijuana Commission develops licenses for transportation, distribution and processing. Those licenses remain on the to-do list of the commission, which currently is taking applications for dispensaries and growers.

And, he said, the industry will have at least one local bank, which he declined to name.

As for Felling, he says local businesses have advantages even as economic forces from other states that sell medical marijuana descend on Arkansas.

But the coming medical marijuana industry gives Felling the opportunity to expand. The Arkansas Department of Health requires medical marijuana to be tested for potency, pesticides and heavy metals, among other things.

“We’ll help improve the quality of the material that’s provided to customers,” Felling said. To carry out his plans, he intends to hire a chemist, several lab technicians, drivers and samplers.

Michael Pakko, chief economist at the Arkansas Economic Development Institute at the University of Arkansas at Little Rock, said the nature of the marijuana business — highly regulated with dispensaries and cultivation facilities required to each have unique ownership — is costly, but can also provide additional employment.

For example, Felling said, state regulations require two people be present when marijuana is being transported.

While Felling, who earned his doctorate in inorganic and analytical chemistry from the University of Texas at Austin, concentrates on his lab, he says his father, with decades of logistics experience, is looking into transporting medical marijuana.

“Marijuana can’t be shipped via FedEx, UPS or the U.S. Postal Service,” he said. “It’s got to be hand-delivered. You’ve got to have companies set up to do that with proper security protocols and everything else that goes along with it.”

INSIDE THE STORES, FARMS

Two types of licenses have been devised for medical marijuana facilities in Arkansas.

The Arkansas Medical Marijuana Commission authorized five cultivation facilities for medical marijuana to be grown and 32 dispensaries for it to be sold. The due date to file applications is Sept. 18.

The businesses are expected to serve between 20,000 and 40,000 medical marijuana patients, according to a state estimate. Under state rules, the companies must be majority-owned by Arkansans.

The commission did not set a deadline for sorting through the applications. Commissioners said they have no idea how many applications they will receive.

When those facilities are up and running, Yagielo said, he expects between 45 and 60 people to work for the cultivators — cavernous indoor warehouses where medical marijuana will be grown.

He discussed the different jobs and how much they are likely to pay, citing national rates.

Entry-level jobs include trimming marijuana at around $10 an hour. Assistant growers, who plant and nourish marijuana, will earn $15 to $20 per hour. Master growers, who manage operations, will make between $40 to $60 per hour.

There’s pressure to locate the cultivation facilities in poor parts of Arkansas because extra points are awarded to applicants who say they will locate in economically disadvantaged areas.

“I certainly know groups that are locating to counties specifically because of those bonus points,” Nolan said.

Dispensaries, which will serve as medical marijuana retailers, will be dispersed equally among eight zones determined by the Arkansas Medical Marijuana Commission.

Most dispensaries start with around five employees, Yagielo said.

Each store’s general manager will earn around $20 per hour. Dispensary agents, who interact with patients, will make $12 to $15 per hour.

If the agents “don’t give the right product to someone and they don’t think it works, well, they’ll think medical marijuana is a farce,” Yagielo said.

In Arkansas, each dispensary must hire a licensed pharmacist to serve as a consultant under Act 1024 of 2017 by state Rep. Clint Penzo, R-Springdale.

Under state regulations, each dispensary will be allowed to grow a maximum of 200 plants. Yagielo said he hadn’t heard of other states allowing dispensaries to grow plants, and he couldn’t predict what additional employment could result from that.

While hundreds of jobs are expected to be created in the medical marijuana industry — on par with a large state economic development project — Arkansans may not feel the same impact because the jobs will be spread throughout the state, Pakko said.

“Five hundred to 600 jobs — that would be a pretty good economic development project, but in the overall scheme of things, that’s not a very large percentage of Arkansas’ workforce or employment base,” he said. “Now in the local communities where those jobs are going to be, it can be a big deal. It can be a significant impact.”