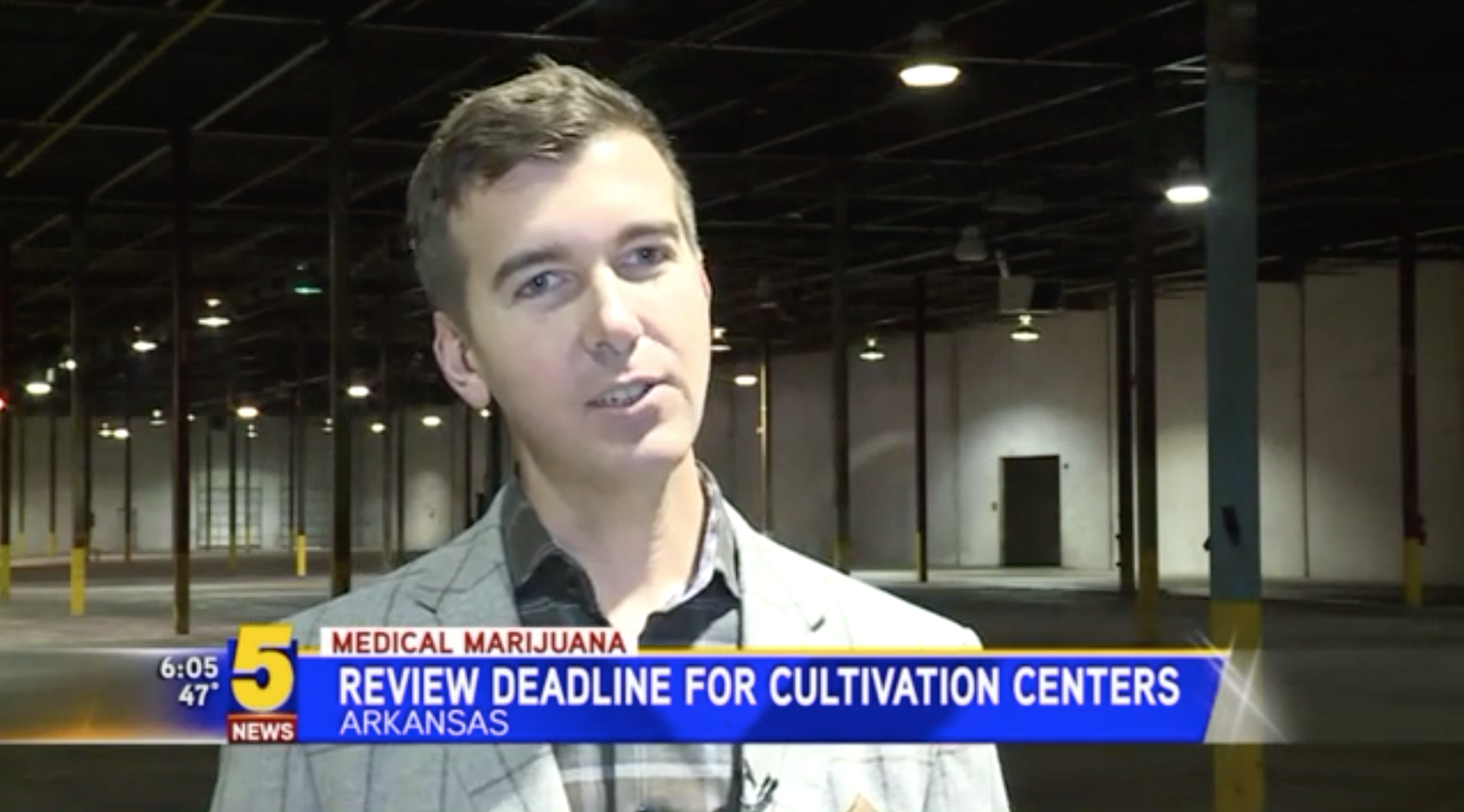 FORT SMITH (KFSM)–Tuesday (Feb. 20) was the deadline for the Arkansas Medical Marijuana Commission to finish reviewing and scoring cultivation center applications. There are 95 applicants hoping to grow medical marijuana in the state. Only five will be selected next week in Little Rock.

“Hopefully we’ll be one of those five,” applicant Storm Nolan said.

If selected, Nolan and his brother would grow medical pot in an 83,000-square-foot building on E Street in Fort Smith. They have invested nearly $1 million so far.

“Our application was almost 2,000 pages long so you can imagine all the work that went into that,” Nolan said.

While hopeful of being selected, if not, Nolan has a backup plan.

“We don’t think we’ll have a hard time finding a good tenant to lease (the building),” he said.

Nolan said he likes the building because of its thick concrete walls, which he said is a good security feature. The Fort Smith Police Department is only a three minute drive away. He said having the cultivation center in Fort Smith would bring jobs and help with redevelopment efforts.

“Hopefully the commissioners will value that as part of our application,” he said.

Nolan and his brother Kane Whitt also applied to open a dispensary. The commission will award 32 dispensary applicants in a few months.

“That means dispensaries will probably start to open in fall and our guess is probably mid-to-late fall is when product will be available for patients to go out and buy,” Nolan explained.

The Arkansas Department of Health has already approved more than 4,000 medical marijuana ID cards for patients.

The cultivation center announcement will take place Tuesday, Feb. 27 at 3:30 p.m. in Little Rock, where an Arkansas Cannabis Patient Day is also taking place at the state capital. For a full itinerary, click here.