ConsumerAffairs: Turning the south green: the improbable journey to legal weed in Arkansas 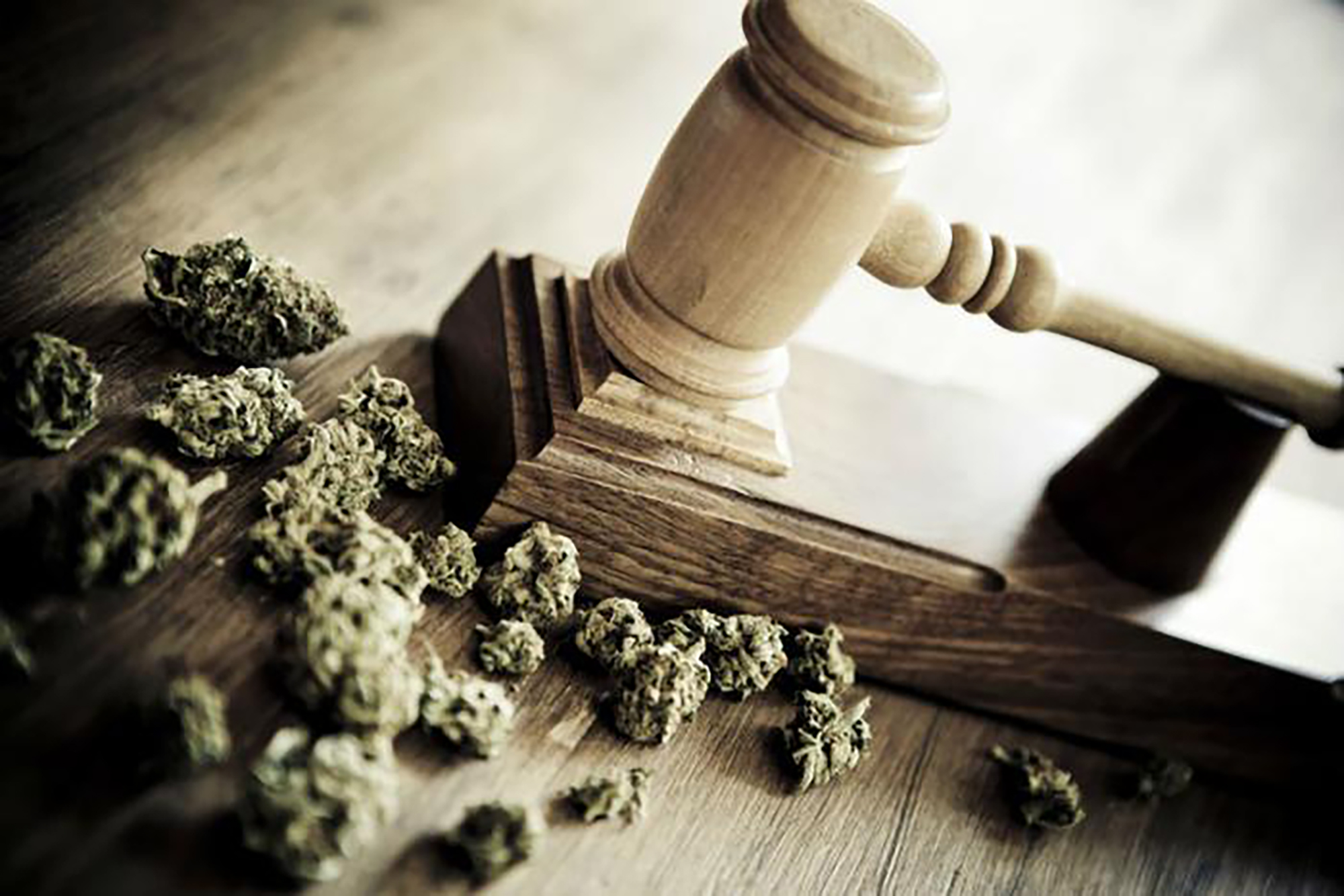 Read the full story at ConsumerAffairs.

In the grips of an opiod addiction, Arkansans voted to legalize medical marijuana in 2016 but still can’t access it

If only Arkansas had processed its medical marijuana applications faster, perhaps Scott Foster could have walked away from his recent encounter with a state trooper with nothing more than a traffic ticket.

An army veteran and former pipe-fitter, Foster suffered a permanent back injury on the job years ago and used to depend on a heavy routine of opioids to manage the pain. But several years ago, he received an unofficial blessing from a Veterans Affairs (VA) doctor that would allow him to use cannabis without worrying about failing the drug tests VA patients are submitted to. It was more important that he cut back on his opioid use, the doctor told him.

By the time Foster got pulled over after turning left into a parking lot last month, over what the Arkansas State Trooper described as an illegal turn, Foster had already received a letter from the state’s newly-created Medical Marijuana Commission that his application for a medical marijuana card was approved.

But the actual card hasn’t been issued yet, to Foster or any of the other hopeful 4,000 medical marijuana patients in the state. And Arkansas residents still do not have a dispensary available where they can legally purchase medical marijuana, despite legalizing its sale and possession in 2016.

Which all means that Foster was out of luck when the state trooper subsequently searched his car in the parking lot and found a vape pen that contained weed.

“So you’d rather have people taking opioids than smoking marijuana? I’m not high right now,” Foster remembers telling the officer.

“I don’t care,” the officer responded, according to Foster. “It’s not legal in the state of Arkansas now.”

Foster faces the charge of possession of less than four ounces of marijuana, a Class A misdemeanor that is punishable by up to one year of probation or jail, depending on the discretion of the judge.

Defying conservative state leaders, voters made Arkansas the first “red” southern state to legalize medical marijuana. But over a year later, patients are battling long wait times for legal access and a political system tilted to the status quo.

How opioids led to weed reform

Arkansas is one of the states hit hardest by the opioid epidemic, a factor that advocates say played a major role in convincing voters to finally embrace legal weed in 2016 after previous attempts narrowly failed.

“Everyone here has a story of a friend or a loved one whose life has been destroyed by opioids,” says Storm Nolan, the director of the Arkansas Cannabis Industry Association, a trade group formed shortly after the Arkansas Medical Marijuana Act passed in November 2016.  In Nolan’s case, that loved one was his mother.

“She died because of her opioid addiction,” he says. “The medical establishment continues to prescribe high level of opioids and ignores the fact that cannabis is a safer alternative.” In fact, Arkansas has one of the highest rates of opioid prescription in the country, according to a 2016 survey.

Due to federal restrictions on studying cannabis, definitively linking a medical benefit to the drug is a difficult task. But people like Melissa Fults, a Little Rock dairy goat farmer and grandmother turned grassroots political activist and state senate candidate, testify to the anecdotal evidence.

Fults’ son was left with serious back and neck injuries from a car accident. By the time he turned 28, in 2011,  his daily routine included 90 milligrams of oxycodone, 50 milligrams of valium, muscle relaxers, ambien, and antidepressants. He regularly vomited blood. His doctors told him that the regiment came with a fast-approaching expiration date.

“Eventually his stomach would rupture and he would bleed out before he made it to the hospital,” Fults says doctors warned. Behind closed doors, one doctor gave the family what he said was his only hope of survival. “One of his doctors told him if he bought cannabis, and tossed opioids, he would have a chance to live.” 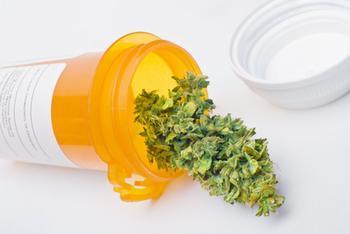 In fact, a report released by the National Academies of Science, Medicine and Engineering last year found that cannabis may be able to treat chronic pain as well as act as a so-called “exit drug,” or a drug that helps people wean off potent substances like opioids.

And sure enough, that was the case for the Fults family, though it wasn’t easy. As Melissa Fults and her husband watched their son endure a nightmare withdrawal process, she contacted local college students who had been working on an initiative to legalize medical marijuana in Arkansas. She wanted to ensure her son had easier access to marijuana but soon learned that his story was all too common.

“When we started this in 2011, they’re like there’s no way this is going to pass in Arkansas,” Fults says.

Collaborating with an attorney named David Couch and Ryan Denham, one of the original college students, Fults first got the Arkansas Medical Marijuana Act on the ballot in 2012. The group was narrowly defeated, and a similar story played out in 2014.

In the months leading up to the 2016 presidential election, Arkansans for Compassionate Care, as Fults’ group called itself, hit the streets with volunteer canvassers.

But the reform effort faced an unlikely foe. David Couch, the attorney who had worked on the 2012 measure, crafted his own competing initiative to legalize medical marijuana in 2016. His campaign enjoyed financial backing from two Arkansas businessmen — a payday lender who had invested in an Ohio-based marijuana firm and a liquor store owner who Couch says is passionate about the issue.

“It’s more about making money and not about taking care of patients,” Fults says of Couch’s initiative. Her group publicly called on his to drop out of the race, arguing that two competing medical marijuana measures would only confuse voters and divide support.

Couch, who previously had limited experience with marijuana, agreed that the Arkansans for Compassionate Care measure was patient-friendly and credited them for engaging people in the issue. But he felt it had no chance of passing.

For example, Fults’ initiative would have allowed patients to grow their own marijuana if they did not live near a dispensary, a factor that Couch argued had polled poorly.

“I understand why people want that and it’s silly not to allow people to do that,” Couch says, “but for most people in Arkansas, if you’re treating marijuana as medicine, they can’t get over in their mind that you don’t make your own medicine at home. You need to go and get it at a pharmacy.”

Ballot changes and defying the odds

NORML, the national marijuana reform advocacy group, had formally endorsed Fults’ measure, but Couch’s group still refused her calls to drop out. As a matter of fact, he went on the offensive. Shortly before the election, Couch’s group funded a lawsuit to kick Arkansans for Compassionate Care off the ballot on the claim they had not collected enough signatures.

Two weeks before election day, the majority of Arkansas Supreme Court justices sided with Couch. Fults would not get to a chance to see whether the proposed law she had written herself would muster enough support with voters.

“We should have never been off the ballot,” she says.  “Most of the people that gathered signatures with us were patients or family members of patients. Very few were paid canvassers.”

At the same time, both marijuana reform efforts had also been contested by the Family Council and Arkansas Farm Bureau, two politically-powerful lobbying organizations in the state. The state’s governor and its chamber of commerce also spoke out against legalization.

Yet against the odds, and despite the hostility from the state’s establishment, 53 percent of voters approved Couch’s Medical Marijuana Amendment in November 2016. The initiative, an amendment to the state’s constitution, allows for no more than eight cultivation facilities and 40 for-profit dispensaries, provides qualifying patients with medical marijuana cards one month before the dispensaries open, and establishes the Arkansas Medical Marijuana Commission to issue permits and licenses.

“I knew it was going to pass, but I was shocked that it did,” Couch says.

At the time of the law’s passage, the state had 150 days to adopt the measure — “the rules might not go into effect until April 2017,” a local news station reported at the time. As it turns out, it’s taken a lot longer than that.

The state of things today

Neither Couch nor Fults fault the medical marijuana commission for the slow pace of permitting. They say the state could soon have a robust program after essentially starting from scratch.

“Initially, the people chosen to serve on the commission knew nothing about marijuana,” Fults says. “They had to learn from the ground floor. They did a good job with what they had to work with.”

The commission says that 4,000 patients have been approved to receive medical marijuana cards. And on Tuesday, it is scheduled to announce the five groups it has selected so far to run cultivation facilities. Couch, who is applying to run one of the businesses, anticipates that the first dispensary will open by Labor Day.

The Medical Marijuana Association, an industry trade group he founded, now boasts doctors, businessmen, and talk show host Montel Williams among its board members, and Couch is confident that his politically savvy effort will win over state lawmakers who had previously opposed legalization.

“When I set this up, I was trying to set up a system that protected the patients but still allowed the businesses to make some money and not gouge everybody,” he says.

For Fults, the experience marked the beginning of her political career. She is now running for state senate on a progressive agenda against current state Representative Kim Hammer. He has taken a firm anti-marijuana stance, co-sponsoring bills over the past year that would ban the smoking of marijuana anywhere in state lines and delay implementation of the Medical Marijuana Amendment until weed is first legalized by the federal government.

Fults’ son, meanwhile, has gotten to the point where he no longer uses cannabis. He is now in his fourth year of medical school and takes ibuprofen for recurring back pain while he waits for medical marijuana to become officially legal.

“With all his student loans and having a new baby and having another child, he is really afraid that [even though] it is technically legal, it is still against the law because we don’t have any dispensaries open. So he just suffers through it,” Fults says.