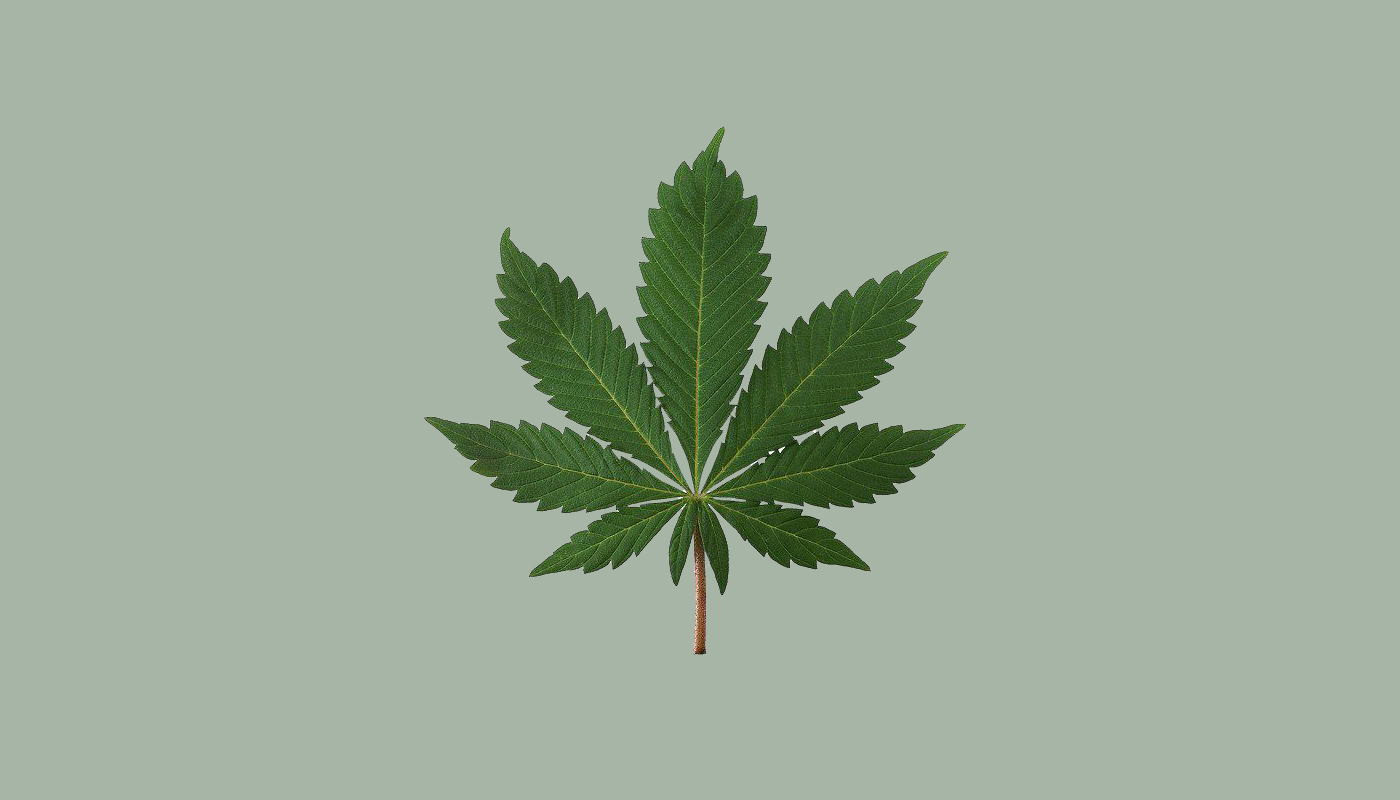 Click here to read the article at the Joplin Globe.

Officials with the Arkansas Medical Marijuana Commission last week finalized details and applications for prospective growers and vendors will become available to the public on June 20.

Under Arkansas law, there can be five cultivation sites statewide; for dispensaries, the state is divided into eight zones that each can have at least four dispensaries, for a total of 32 statewide.

Northwest Arkansas — Benton, Washington, Carroll and Madison counties — is defined as one zone.

Each of those four counties voted to approve medical marijuana in November, as did the state overall, by a vote of 53 percent to 46 percent.

Applicants have already approached cities and planning commissions in Benton, Washington and Carroll counties about rezoning for dispensaries and buying land to grow marijuana, and the next couple of months will be a race to learn who will be granted licenses, and where. The Arkansas Alcoholic Beverage Control Board will start accepting applications on June 30 and will accept them for 90 days.

Kevin Gambrill, director of the Benton County Planning Commission, said last week that he received both formal and informal inquiries from people interested in buying land to grow marijuana.

“We have acreage and lots of land in Benton County, so (growing operations) are typically what I see coming for us,” he said last week.

One of those potential buyers for Benton County, contacted recently by the Globe, did not want to publicly discuss plans any more, saying he and his partner backed off after finding a lack of community support and having difficulty getting financing. He added that he did not want to talk on the record for the fear that the stigma surrounding marijuana would affect his other business.

Under the measure passed last fall, cities also are allowed to pass ordinances to keep medical marijuana out of their city limits, though no city in Northwest Arkansas has moved to do so.

Bella Vista Mayor Peter Christie said no one has approached the city’s planning and zoning commission yet, nor the City Council, about opening a dispensary or growing marijuana.

“So we will just see what transpires and if someone does approach us, we will follow the state law and take it from there,” Christie said.

“As far as the idea of allowing dispensaries in the city, the short answer is the city of Rogers is going to follow state law,” Cline said. “We wouldn’t treat them any differently from any other business that needs to be approved.”

But State Rep. Dan Douglas, R-Bentonville, whose district includes part of Benton County, said he has taken plenty of calls on the issue. Benton County residents passed the measure by the same percentage as the state as a whole.

“The most calls I get are, ‘How can I grow? I have a greenhouse, can I grow this?'” he said last week.

He also said that views in his district on growing and dispensing medical marijuana are mixed.

Initially, he was not supportive of legalizing medical marijuana and thought it brought the state one step closer to legalizing marijuana for recreational use. He said he eventually came around to the idea of passing legislation that would allow patients to use marijuana products that have low THC, the psychoactive ingredient in cannabis that gives people a high.

“I wish I would had gotten on the bandwagon sooner,” Douglas said.

But he added that he didn’t want marijuana dispensaries or growing operations in Benton County, arguing that it could ruin Bentonville’s tourist industry, which strives to give visitors a “hometown” feel.

“The hometown feel never included ‘Reefer Madness,'” Douglas said, alluding to a 1936 film that has been used to both warn and satirize marijuana users.

He noted that for patients, Washington County, which passed the measure by 59 percent, wasn’t too far away. Earlier in the month, the Fayetteville City Council approved the sale of five acres to Jacksonville resident Brian Faught to open a growing operation if he is chosen to be one of the state’s five growers.

Calls to Faught’s business and home last week were not returned.

But if Douglas wants to keep the businesses out, Eureka Springs Mayor Butch Berry welcomes them.

Having medical marijuana dispensaries would be a “natural fit” for a town that was once renowned for its healing waters, Berry said. He also said the dispensaries had the potential to spur economic development.

Though Carroll County passed medical marijuana narrowly, with 51 percent in favor, Berry said his community voted overwhelmingly to support the issue. More than 10 years ago, the Eureka Springs City Council voted to make marijuana arrests a low priority for law enforcement. The 2006 vote to make it a “low” priority was nearly two-to-one.

“Marijuana users don’t speed at 90 miles per hour like the alcoholics,” Berry said. “I’ve never heard of two people smoking marijuana and getting into a fist fight.

“It’s fear of the unknown,” he said of the opposition to marijuana.

State officials estimate that 20,000 to 40,000 of Arkansas’ 3 million residents will ask for medical marijuana cards. To be approved for a card, a physician needs to certify that the resident has one of the dozen conditions listed in state law.

Berry also said he’s had at least four groups approach him about opening a dispensary, one of which also wanted to open a growing operation in the county. The Globe reached out to the prospective Eureka Springs’ applicants but did not hear back from them.

McDonald County Sheriff Michael Hall said drugs have always crossed the state line, whether from Oklahoma or Arkansas, adding that there hasn’t been a lot of conversation about the impact Northwest Arkansas growing operations or dispensaries might have in his county. He also said that it is a two-way street, and that some things are legal in Missouri, such as Kratom, a Southeast Asian plant with opium-like properties, but illegal in Arkansas, and noted that until recently Benton County was dry, which is why there were many liquor stores on the Missouri side of the line.

Barry County Sheriff Gary Davis said that his department will continue to tackle drug trafficking as best it can with the resources it has.

“We will have a little more awareness and continue pursuing drug trafficking in our normal fashion,” Davis said. “If it becomes a bigger problem we will reevaluate and see what resources we need to put to it.”

Davis said that Barry County residents already have access to marijuana — it grows naturally out in the county, and growers have been arrested in the past for patches in Mark Twain National Forest.

“When we find people with small amounts, we might do a little more questioning of where they got it and why they have it to fill out our knowledge base,” Davis said.

Davis said one of his biggest concerns will be impaired drivers crossing into Missouri, though he said interstate traffic is more of the focus for Missouri State Highway Patrol than the Barry County Sheriff’s Department.

Even though many Barry County residents visit with Arkansas doctors, they have to be an Arkansas resident to qualify for a medical marijuana card.

Though Arkansas legalized medical marijuana months ago, it could be a while before large-scale growing operations get on their feet, Storm Nolan, with the Arkansas Cannabis Industry Association, said last week. It is now legal for marijuana from outside of the state to be sold within the state for medical purposes and dispensaries are allowed to grow up to 50 marijuana plants.

Under the name River Valley Relief, Nolan and his brother and stepdad plan on applying for both cultivation and dispensary licenses. The family has already set aside tracts of land in Fort Smith, where they live, and gotten the city council to pass necessary rezoning requirements.

Still, even if all goes according to plan and River Valley Relief is granted a license, Nolan said constructing the operation and growing the crop, which takes four months, would push their first harvest well into 2018.

Being a marijuana grower won’t be easy, he said. Because of federal regulations, most banks won’t authorize a line of credit and so applicants need to find other sources for capital, or have their own, and profit wouldn’t be guaranteed within the first two years, Nolan said.

He also said that for him, providing marijuana for patients is personal. Years earlier, his mother died from an addiction to opiates, prescribed to her for chronic pain caused by a joint disorder.

“I remember thinking back in the day, if there was any alternative to opiates, she might have lived,” Nolan said.

The Associated Press contributed to this report.