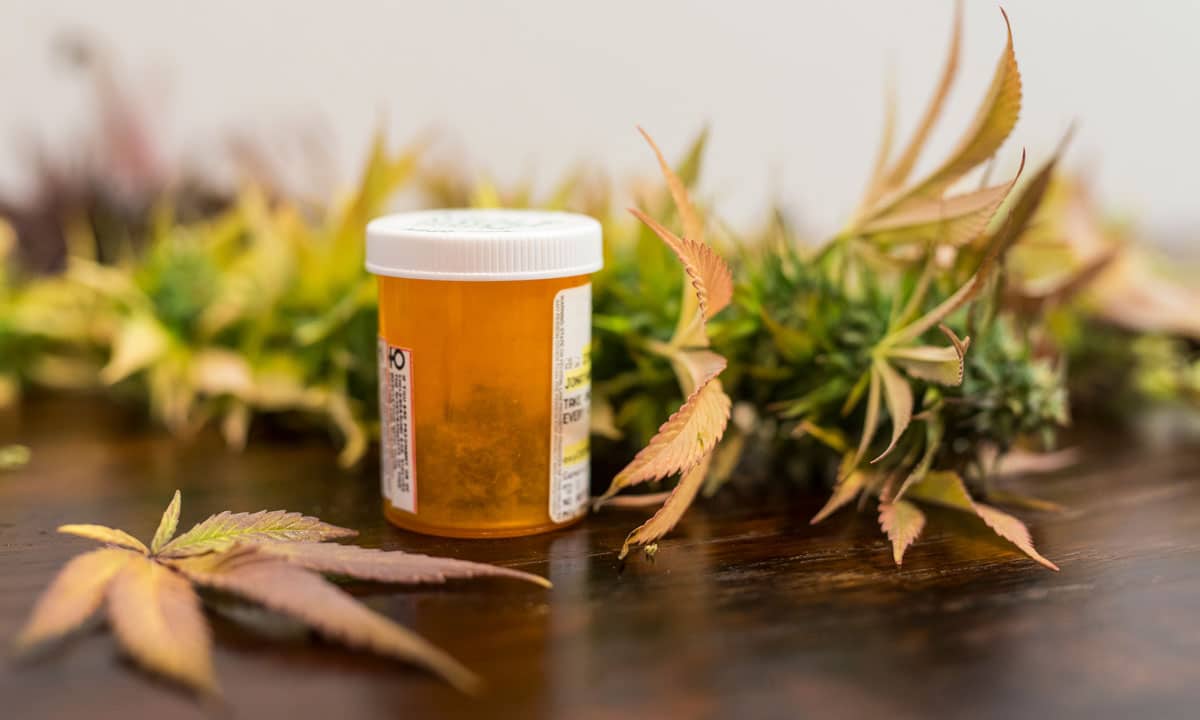 Proponents of Arkansas’ inexperienced medical marijuana industry hope that education and emerging research can convince more Arkansas doctors and other healthcare professionals of the medicinal value of the leafy drug.

Those efforts have already begun with several new proposed business ventures tied to the state’s emerging cannabis industry. Efforts include recruiting patients, doctors, nurses and other healthcare personnel as investors, stakeholders and partners in a number of projects now in the medical marijuana pipeline.

One such proponent is Corey Hunt, co-founder of the social media-driven Illegally Healed online community, which promotes on Facebook, Instagram, YouTube and Twitter videos, testimonials and other content on the medical benefits of marijuana. Hunt has assembled a group of medical and business professionals to apply for a medical cannabis dispensary license in Mulberry through a company called Natural State Healthcare.

“We have seen the difference quality education brings to the success of medical cannabis programs,” Hunt told Talk Business & Politics. “This is why we are sponsoring educational events throughout Arkansas with the purpose of educating patients, nurses, doctor and regulators about the medical cannabis science and research available throughout the world.”

FORMER SKEPTIC TURNED ADVOCATE
Hunt said five years ago he walked away from his family’s Tulsa, Okla.-based technology business, PhoneDoctors, to promote Illegally Healed full time after losing his mother-in-law to breast cancer. It was then that the former medical marijuana skeptic said he began to research cancer cures and kept finding patients who praised medical cannabis as a treatment option.

Hunt said Illegally Healed is now the largest medical marijuana patient community on Facebook, reaching up to 7 million people per week with promotional and educational content on medical cannabis. Hunt, an Arkansas medical marijuana advocate who lives in Van Buren, said he travels across the U.S. and globally to speak about the healing properties of pot.

“I have been able to see the complete life cycle of the plant, from the cultivation and production to the dispensaries and the use and even from the healthcare provider side,” Hunt said. “I was able to see what was working with patients and what wasn’t working …, the successes and the failures. And because I wasn’t able to touch the plant in five years living here in Arkansas, I had the unique opportunity to look at the data and be objective and see what was working.”

PHARMACY ASSOCIATION CONCERN ALLEVIATED
However, there is still some reticence in Arkansas and nationally from doctors and others in the healthcare industry concerning medical marijuana. Under the state’s new regulations approved by the General Assembly earlier this year, an Arkansas doctor must verify that a patient has one of several qualifying medical conditions to receive a medical marijuana ID card from the state Health Department.

On June 30, the Arkansas Department of Health will begin accepting applications for medical marijuana registry identification cards on June 30, moving the state one step closer to allowing Arkansans to obtain pot by prescription for certain medical conditions. Also, the Arkansas Medical Marijuana Commission has published requirements for submitting bids for up to five operators to grow and cultivate medical marijuana under the constitutional amendment that was approved by voters in the November 2016 election.

Those applications for up to five cultivation facilities and 32 dispensaries will be accepted June 30 with the final deadline being Sept. 18. State policymakers have said they expect the first sale of medical marijuana in Arkansas to take place in early 2018.

During the run-up to the November general election, the Arkansas Pharmacist Association opposed Issue 6 on the ballot that made Arkansas the first state in the Bible Belt to approve marijuana for medical use. APA Executive Vice President and CEO Scott Pace said then there was concern the framework for accessing marijuana for medical reasons would eliminate the healthcare practice from obtaining a prescription from a prescriber and having a medication dispensed by a pharmacist.

Pace told Talk Business & Politics on the first day of applications for pot growers and dispensary operators on June 18 that the APA is “more comfortable” with the pharmacy industry’s role after lobbying the legislature during the recent 2017 general session. The goal, he said, was to make sure patients were protected by having access to a pharmacist consultant at a dispensary if they choose to use medical marijuana for one of the 12 qualified conditions.

“We were successfully able to pass a bill thta will require the dispensaries to have a pharmacy consultant available,” Pace said. “We did that because we wanted to make sure the ‘medical’ aspects of medical marijuana were not forgotten because there is the potential for adverse drug events.”

During the Arkansas legislative session, a study by the Arkansas Center for Health Improvement estimated that nearly 542,000 would qualify for medical marijuana under the state’s newly implement regulations.

“We will be sending a mixed message legalizing previously illegal drugs while we are in the middle of an opioid epidemic,” Cidambi told Talk Business & Politics. “And I can tell you from my experience of having treated more than 2,000 patients and 10 years of experience in medicine, the first drug that people use is marijuana and then they (use) other illegal drugs, like opioids and cocaine.”

Cidambi, founder and medical director for the Center for Network Therapy in Middlesex, N.J., likened the expansion of medical and adult use marijuana across the U.S. to the growth of alcohol and nicotine nationally. Cidambi said 30% of those who use marijuana may have some degree of marijuana use disorder. Nearly 1 in 10 people who use marijuana will become dependent on it, she said.

“Marijuana is a powerful mind altering drug,” Cidambi said. “A lot of physicians still don’t grasp this, and that is a sad thing that I say that.”

The American Medical Association has not significantly changed its policy statement in 2009 that marijuana’s status as a Schedule I federally controlled substance be reviewed “with the goal of facilitating the conduct of clinical research and development of cannabinoids-based medicines, and alternate delivery methods.” However, since that time, several physicians group have stepped forward to support the national legalization of marijuana. For example, the California Medical Association made history in 2011 by becoming the first major physicians’ association to endorse full legalization and regulation.

In April 2016, Little Rock native and former U.S. Surgeon General Dr. Joycelyn Elders joined doctors from some of the nation’s top medical schools to launch a new initiative to support efforts to end marijuana prohibition at the state and federal levels. The group, called Doctors for Cannabis Regulation, who call the so-called “war on marijuana” and other drugs a failure, believes the misuse of pot should be treated as a health issue rather than a criminal one, and supports the federal legalization of marijuana that will direct tax revenue to evidence-based drug education and treatment.

ARKANSAS EDUCATION EFFORTS
Hunt and Storm Nolan, spokesman for the newly created Arkansas Cannabis Industry Association (ACIA), said proponents of the state’s emerging cannabis industry have a lot of work to do to educate the medical and healthcare community about the positive impact medical marijuana, using everything from conferences and seminars to patient testimonials and scientific research.

Nolan said his group is planning a number of seminars on the legal cannabis industry, ranging from sessions on marijuana extraction for non-smoking purposes and educational meetings for patients and the medical field to conferences on insurance bonding, transporting, physical security and cash-handling for the retail side of the business.

Nolan’s ACIA and Hunt’s Illegal Healed will host the “Medical Cannabis Patient Symposium” at 6 p.m., July 11, in Little Rock at the Comfort Inn & Suites. Hunt said there will panel discussions on cannabis use for children and cancer patient.

Another guest will be Sara Payan, a cannabis expert and advocate who is vice chair of the San Francisco Cannabis State Legalization Task Force. There will also be a patient access tutorial by Jerry Puryear of PharmD, which will include discussion on patient ID cards and what Arkansas consumers should expect from medical marijuana use and how it interacts with other drugs.

“This is a chance for patients and caregivers to discover how to have a conversation with your doctor and learn step-by-step how to register for the Arkansas medical cannabis program,” Hunt said.

A similar symposium will be held at 6 p.m., July 29, at the Hampton Inn in Fort Smith. Also during that day, a licensed doctor will be on hand between 8 a.m. and 8 p.m. to help people interested in obtaining a medical marijuana card.

And despite the continued wariness of medical marijuana use in Arkansas from Gov. Asa Hutchinson, state lawmakers and others in the healthcare community, Nolan said he believes continued educational outreach across the state will allow the fledging industry to gain a strong foothold in Arkansas.

“When you talk to people around the state, I think the general consensus is, (especially) the way the rules and our laws rules are set up, we’re going to have a pretty goodd shot at having a successful industry where people can actually make money.”