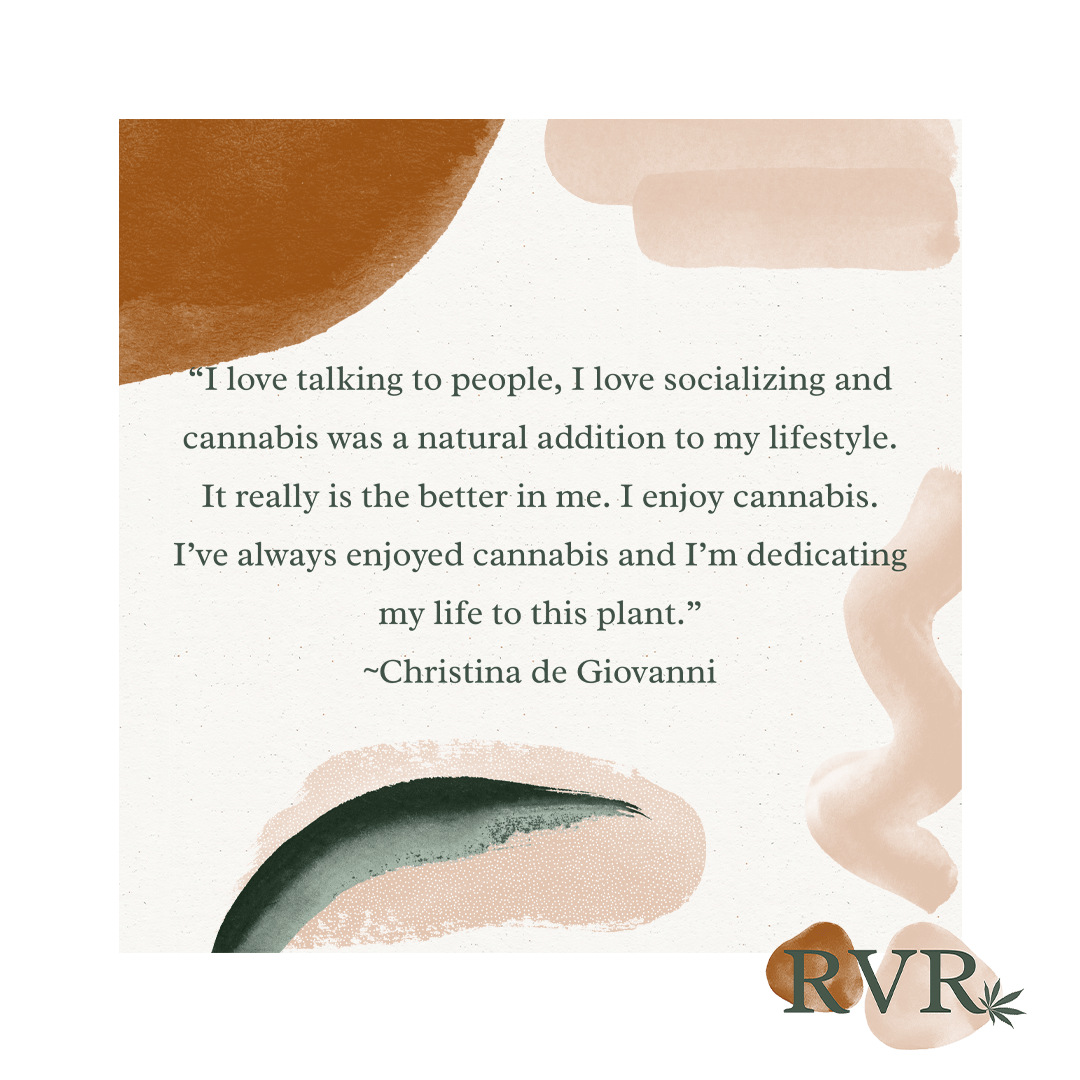 Christina de Giovanni, CEO of The Emerald and an award-winning marketer and corporate media executive with experience in print and digital publishing. After an experience of civil injustice, Christina launched The Emerald as a media outlet to advocate for the positive uses of cannabis and its decriminalization. Over the last decade, Christina has spoken at many conferences and expos, and is the host of podcasts for The Emerald such as Capital Cathy and Girls Growin’ Wild. Christina has established The Emerald as a nationally recognized brand that is an ally and voice for the cannabis industry.

When Christina was in high school, her parents caught her smoking cannabis and threatened to put her in rehab because she would not stop smoking cannabis. Roughly when she was 14 or 15 years old her parents decided that she should attend an all girls boarding school in New Jersey, her dad’s side of the family actually lived in northern New Jersey so she wasn’t too far from relatives even though her immediate family was living in Austin Texas.

After graduating high school, she went to Humboldt State University to attend their nursing program and, at the time, she wanted to be a psychiatric nurse. Unfortunately, after her first few semesters, Humboldt State cut their nursing program. Having always wanted to be Diane Sawyer when she was growing up, she pivoted and ended up majoring in journalism.

Her last semester of college, she was living with her boyfriend, who was a cannabis farmer. He had gotten stopped on an Amtrak train that was a notorious trafficking ground and had his luggage illegally searched. They found bulk currency, but didn’t arrest him, however they said that if he filed for the money that they would file charges against him. They then confiscated his cell phone and took the money from his wallet as well, leaving him stranded with no way to contact Christina.

At 9 am on a school morning, Christina heard a cop knock at her door and opened the front door to the entire Humboldt county drug task force in her yard. They had their bulletproof vests, and they had their guns drawn. They asked her if she knew this individual (Her then boyfriend) and then they told her that they smelled fresh growing cannabis (They were not growing cannabis at their home) and that was enough for them to enter her home. They entered and searched their entire home without a warrant; she waited about five hours for a judge to sign a warrant and once he did they located additional bulk currency in the attic. Christina was arrested for possession of marijuana with intent to distribute and possession of a firearm in the commission of a felony.

Christina decided she was going to put the degree she was earning in journalism to use and has stated, “The pen is mightier than the sword and I’m gonna start a magazine as a platform for the little man to be heard”. Initially, she couldn’t come out with a cannabis magazine because she had an open court case for over nine months. This was a very stressful and tumultuous time for her and her partner, though they were able to stay together for an additional two years.

During this time, she had The Emerald to be her stress relief. It was a traditional lifestyle magazine for a few years. Eventually, she rebranded into a cannabis lifestyle magazine because she knew there was a need for positive representation in this industry.

She is a strong and passionate woman giving a voice to so many people in this industry. We are so very proud to be a part of this industry and we love to see the change in Canna culture, specifically in our beautiful home state of Arkansas.