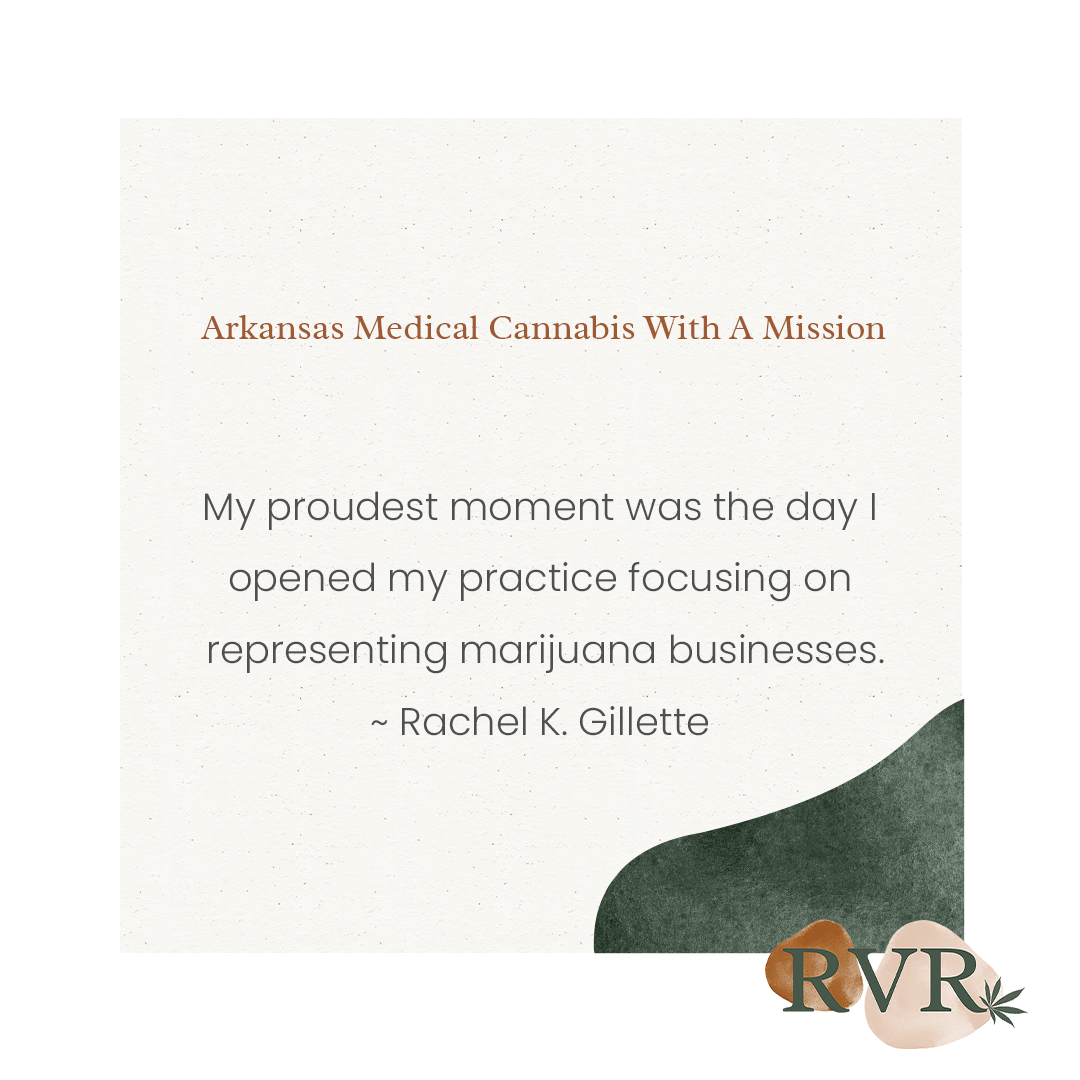 Rachel K. Gillette is one of the first attorneys in the United States to dedicate her practice to the cannabis industry. Her work has helped shape compliance and tax laws related to cannabis. Gillette also served as Colorado’s executive director for NORML, an organization dedicated to reforming cannabis laws. Rachel is a founding member of Women Grow and the National Cannabis Bar Association.

In 2010, she quit her job and began practicing law related to the cannabis industry. Later that year, she opened her own law business in Lafayette, Colorado. In 2013, she was the executive director of the National Organization for the Reform of Marijuana Laws (NORML), and is an advocate for drug-testing reform that would protect those who use cannabis to medicate while off-duty.

She practices in a wide range, from corporate licensing compliance, cannabis tax law, and regulation law. In addition. She has even sued the IRS for penalizing a client for paying their taxes in cash.

In 2016, she became the director of the Denver Law office, Greenspoon Marder. Currently, she heads the firm’s national cannabis law practice. Where she plans to expand the practices in that sector.

She has been a real trailblazer for law in the cannabis industry, facing new challenges every day, as this industry is constantly evolving and changing. Rachel has paved the way for many other women in the cannabis community, and we are so proud to be a part of that community.