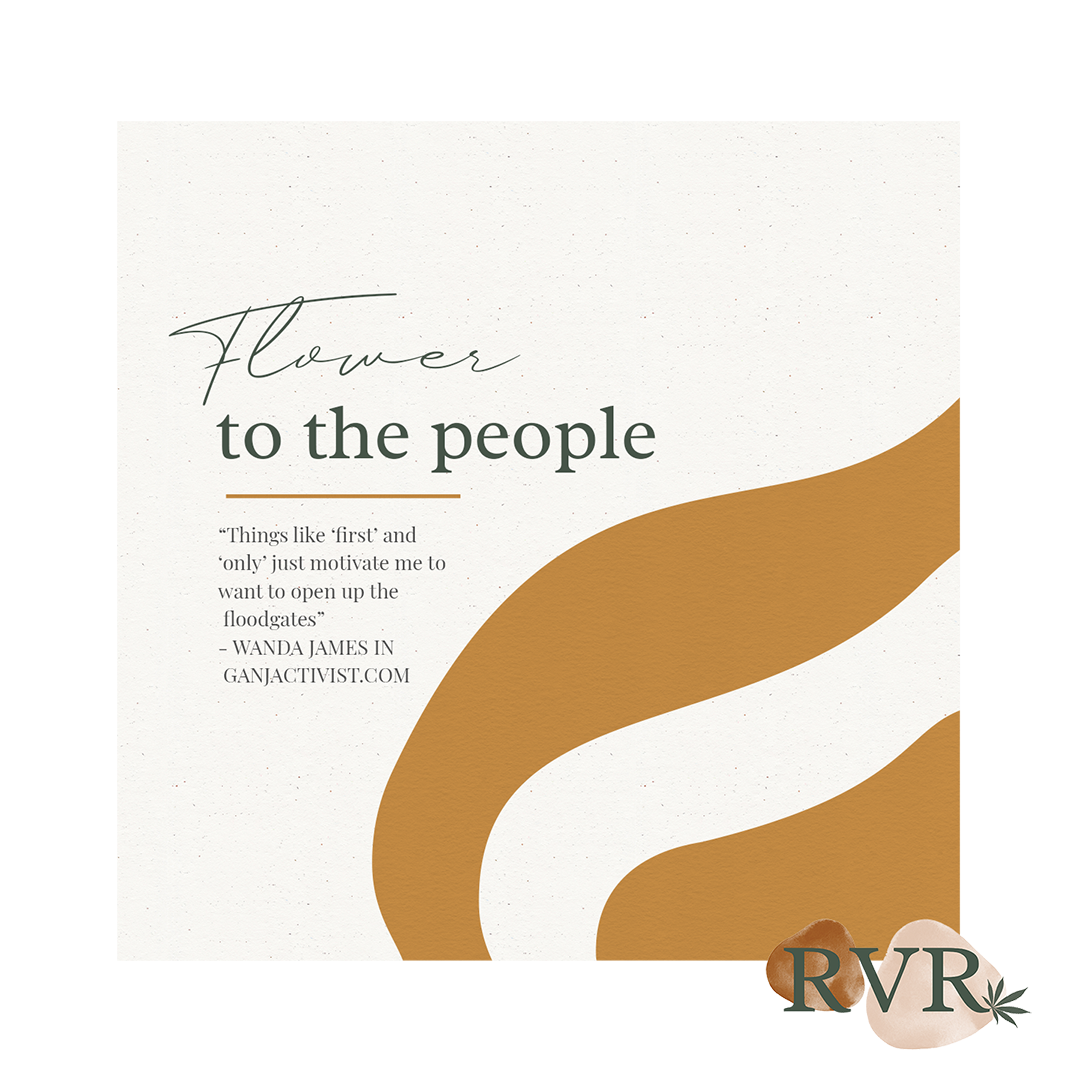 Wanda James
Former lieutenant Wanda James is a modern day heroine and one of the most widely respected leaders in cannabis today. Both as a Black woman and former Fortune 100 executive, she has advocated for removing the stigma of the cannabis plant while, as she says, opening the floodgates for other minorities.

As an entrepreneur and leading advocate in the cannabis industry she has been named one of the 100 most Influential People in Cannabis by High Times magazine and one of the Cannabis Business Executive (CBE) 50 Most Important Women in the Cannabis Industry.

She is the founder and CEO of Simply Pure Dispensary, along with her husband Scott Durrah. Together they became the first African Americans, legally licensed in America to own a dispensary, a cultivation facility and an edible company.

One of the reasons she decided to get into the cannabis industry was after her brother was given a 10-year prison sentence for marijuana possession, which fueled her passion to get sentences dropped for others in jail with cannabis related charges.

Whether it is tracking submarines for the United States Navy, working on political campaigns or being a managing partner at the Cannabis Global Initiative, no one can argue that she is a very strong and impressive woman.